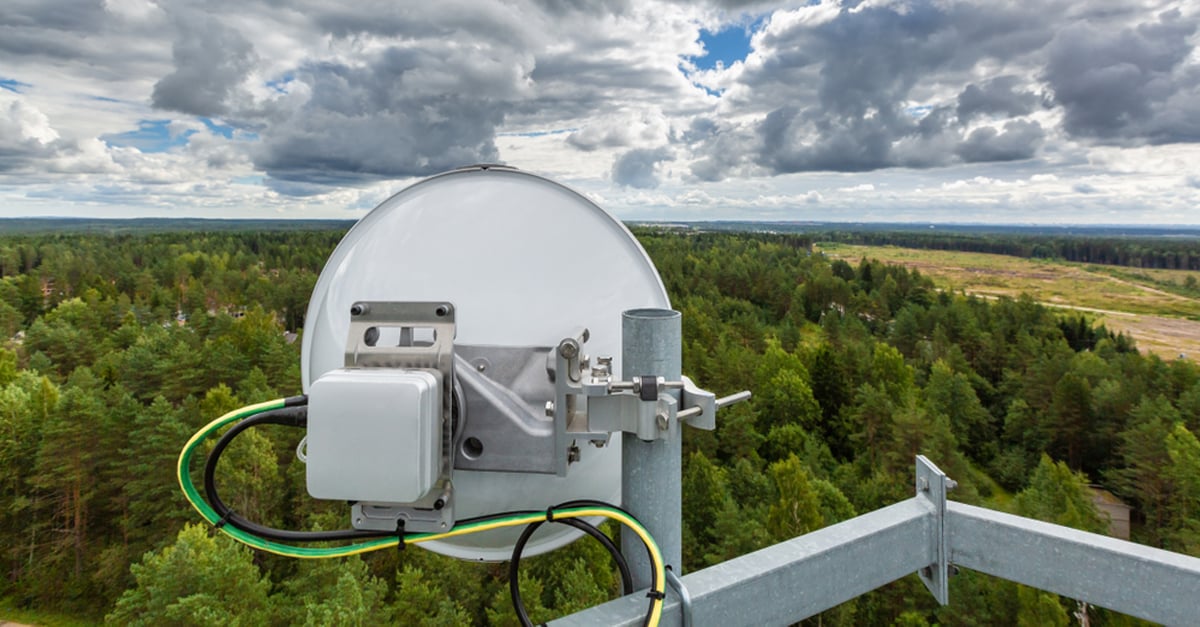 The choice of WAN technology and how it is deployed have a huge impact on the reliability and quality of voice services. For this reason, precautions must be taken to optimize WAN services for voice. In this article, we review best practices for achieving this.

The nature of VoIP

The problems that WAN deployments can introduce into voice communications don’t involve bandwidth. Even high-quality wideband voice traffic will typically consume much less than 100 Kbps per conversation, an infinitesimally small amount in today’s high-speed telecom world. Instead, most problems are caused either by an inconsistent flow of packets or the blockage of certain components of a voice call.

VoIP over VPN using commercial-grade connections – One of the simplest and cheapest ways to interconnect remote sites is by using a site-to-site VPN over a DSL or cable modem connection. A VPN will run over the public internet, but due to strong encryption methods, all traffic sent remains confidential. Nevertheless, such a connection presents some major drawbacks for VoIP. First, VPNs add a lot of overhead to each packet being sent, which increases the processing time of each, since it is encrypted on the way out of one site and decrypted on the way into the other. Second, the internet has no inherent QoS mechanisms to ensure the timely delivery of voice packets, so these packets are at the mercy of any and all delays that may be encountered along the way. If this is the only option that is available to you, ensure that the bandwidth of the WAN connection is high, reserve a percentage of that bandwidth for voice using shaping or policing at your network edge, use high compression codecs such as G.729, and verify that the VPN end devices have powerful CPUs to guarantee quick encryption and decryption. Also, you can deliver high availability by employing power redundancy on the WAN terminating devices to ensure operation during power outages.

VoIP over high-grade WAN technologies – WAN technologies such as MPLS and Metro Ethernet use the private network infrastructure of ISPs (internet service providers). This means that with the appropriate negotiation with the ISP, you can employ various features such as QoS parameters for voice traffic, as well as things like guaranteed available bandwidth at each location. This gives you more control over how your traffic is managed over the ISP network, and is especially useful when both data and voice are sharing the same WAN infrastructure. Depending on the capabilities of that infrastructure, you may need to adjust the codecs and the quality of voice being sent over the WAN.

Connecting to the internet and the PSTN

In the past, traditional PSTN and internet connections were provided by two separate circuits because of their mutually exclusive technologies. Today, VoIP is typically supplied using a SIP trunk, a virtual trunk that can run over the same physical circuit as the internet connection. Nevertheless, in some cases it may be preferable to keep these circuits separate. The most common options that will optimize WAN connections for VoIP are described below. 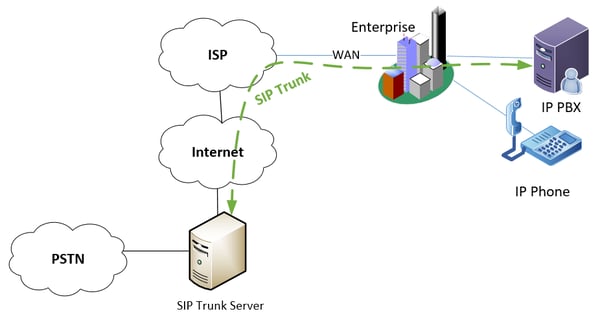 Separate telephony and internet providers, same circuit – An enterprise network may have a single connection to the internet over which both data and voice are sent. In this scenario, the VoIP provider and the internet connection provider are separate entities. The SIP trunk is reached via the internet, but exists on a different infrastructure than that provided by the ISP. In such a case, QoS mechanisms cannot be employed between the SIP trunk server and the IP PBX, since this communication takes place over the internet at large. In such a situation, it is recommended that the WAN edge at least have a minimum guaranteed bandwidth available for voice traffic to ensure the edge does not constitute a bottleneck for VoIP. 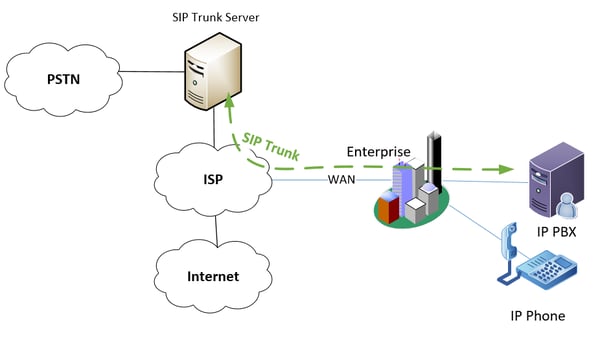 Same telephony and internet provider, same circuit – This scenario is the same as the previous except that the SIP trunk server is provided by the ISP, and thus exists on the ISP’s infrastructure. This means that the ISP can regulate both QoS and bandwidth shaping to ensure VoIP traffic has a clear path to the SIP Trunk and gateway to the PSTN.

Separate data and VoIP connections – This scenario separates the voice and data traffic into two separate physical circuits. This segregation guarantees that data traffic, no matter how large, will not affect voice traffic, thereby eliminating the need for complex shaping or QoS on the edge of the network. This does, however, increase the amount of equipment necessary, in addition to increasing the number of single points of failure for each service. In this scenario, an ISP will bring a specialized voice gateway to the premises of the enterprise and have the IP PBX connect to it via a SIP trunk. From there on it is the responsibility of the ISP to route voice packets reliably via their VoIP network to the PSTN. In this case, the voice and data providers may be the same or different entities. Needless to say, this solution is the costliest of the three.

A discussion about WAN technologies and VoIP would be incomplete without mentioning Software-Defined WANs, which is a trending and quickly evolving subject concerning wide area networks. SD-WAN has several advantages when deploying VoIP because it can choose the most appropriate connection dynamically. Because the SD-WAN mechanisms are employed at the edge of the network, the algorithm can look for the best path available and route the VoIP traffic via the best choice based on MOS score, protocol, IP, or other measurements. However, its benefits do not go beyond this. While SD-WAN can measure latency, jitter, and packet loss, the most it can do is reroute the call to a higher quality path; it can’t fix jitter or latency.

When employing VoIP over an SD-WAN infrastructure, keep the following in mind:

Here is a brief summary of the concepts described above:

The WAN is a mission-critical part of any enterprise network. By employing these best practices, you can better equip your network to deliver high-quality, reliable voice services to your users.