What network convergence can do for your company 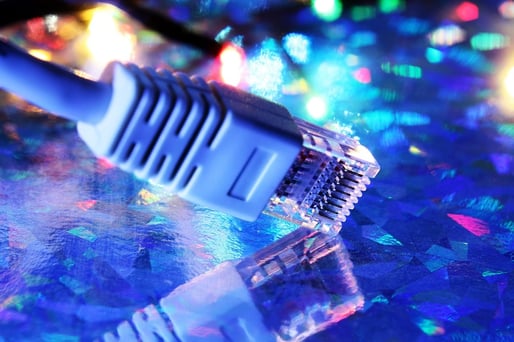 When most people hear about VoIP, they think of telephony over the internet. Online services that offer extremely-low-cost phone calls or even free calls may come to mind. Although such services do utilize VoIP (voice over internet protocol), IP telephony in a broader sense is technology and architecture that uses VoIP to allow you to create an internal telephone network within your organization that leverages the existing data network infrastructure.

IP telephony operates on converged network, which supports both voice and data. The advantages of this to a business are numerous and are well worth the investment. If you are considering a migration to IP telephony, here we present some information that can help get you on track.

Traditionally, telephony and data networks were two separate and autonomous entities within an organization. Each had its own protocols, standards and configuration methods, as well as its own
physical infrastructure. Over a decade ago, a trend known as network convergence began, which saw these two distinct networks converge into one. The adoption of network convergence is still
incomplete. According to the FCC’s most recent Voice Telephone Services Report, more businesses in the United States are still subscribed to the public switched telephone network (PSTN) than to VoIP, meaning they continue to support and maintain separate networks for their telecommunications and data needs.

Voice and data have inherently dissimilar requirements and must be managed differently. For this convergence to take place, both technologies had to evolve so that they could coexist on the same infrastructure. New functionalities had to be introduced into data networks to deal with voice traffic in a specialized way, while voice technologies had to emerge that allow for the packetization of audio for transmission over a data network. Today these challenges have not only been overcome, but the advantages that have materialized are much more than the sum of the original two parts. 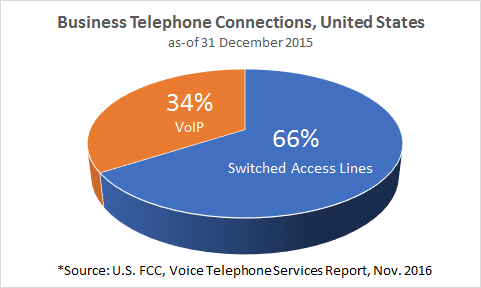 The analysis of the initial investment of such a system can be misleading. When migrating from a traditional telephony network to a converged network, the initial cost is substantially more expensive than just getting a new conventional PBX and new analog phones. IP endpoints are more expensive, new switches must be procured, and in some cases, core data network infrastructure must also be replaced. Just by looking at the numbers, it may be tempting to avoid migrating to IP. But comparing the cost of a complete converged network with the cost of a traditional telephony system alone is like comparing apples to oranges. A converged network not only upgrades the telephony network, but also the data network, and although the initial cost may seem high on the surface, it is more than compensated by the return on investment (ROI) over a relatively short amount of time.

A converged network provides many opportunities to cut costs.

Advantages of a converged network

Beyond cost savings, a converged network boosts productivity through functionality that is impossible with a PBX-based phone system. For example:

The migration to a converged network can be an initially expensive endeavor. However, when its benefits like cost savings and increased productivity are factored in, the decision to switch to IP telephony becomes obvious.

Leasing: How to set up a financing plan for your customer’s telephone equipment