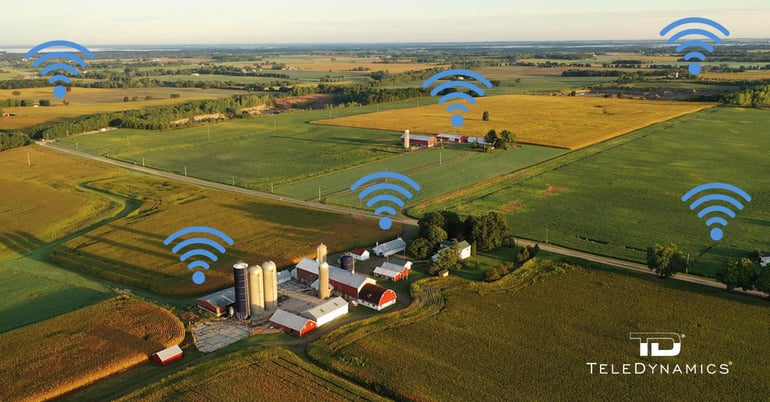 The Worldwide Interoperability for Microwave Access, known simply as WiMAX, is a technology that is often overlooked as an option for wireless connectivity. In this article we’ll shed some light on this often-misunderstood technology and how it can be used to benefit your business in various applications.

When thinking about wireless technologies, our thoughts most often go to Wi-Fi or cellular communications networks. WiMAX is a technology that fits somewhere in between. WiMAX is a family of wireless broadband communications standards based on IEEE 802.16, an industry-wide standard. It was originally defined in 2001 and was initially designed to enable the delivery of last-mile wireless broadband access as an alternative to cable and xDSL.

Since then, it has evolved into a more versatile wireless standard and was also a candidate technology for 4G Long Term Evolution (LTE) advanced networks, as well as for 5G networks, although neither of these materialized.

When it was first developed, WiMAX achieved 30 to 40 Mb/s data rates, speeds that, at the turn of the millennium, were lightning fast. In 2011 the technology was updated to deliver speeds of up to 1 Gb/s for fixed stations. The latest version of WiMAX is release 2.1, which is compatible and interoperable with 4G LTE telecom technology.

Compared with Wi-Fi, WiMAX is more suitable for long-distance point-to-point links. Whereas Wi-Fi can achieve links of up to 10 miles or more (in the case of long-range Wi-Fi), WiMAX is capable of links of 30 miles! Conversely, even though WiMAX can be used to connect multiple end devices to a network, such as mobile phones and laptops, it is not as versatile as Wi-Fi in this regard. Sharing bandwidth among multiple connected devices is somewhat more cumbersome for WiMAX implementations. This is also the reason why we don’t find many WiMAX-enabled user devices on the market today. WiMAX can operate on the same unlicensed frequency ranges of 2.4 and 5 GHz used by Wi-Fi and can exploit licensed frequencies, including but not limited to those in the 2.3, 2.5 and 3.5 GHz ranges.

WiMAX originally started out being more closely related to Wi-Fi as an IEEE standard itself. However, as it evolved, it began to approach the performance levels and characteristics of cellular communications networks. In fact, it became more closely associated with LTE networks than Wi-Fi networks to the point that the International Telecommunications Union (ITU), the international body that defines telecom standards, now considers WiMAX an official 4G technology. This brought about the development of some WiMAX-enabled mobile phones, accompanied by USB dongle modems that allowed PCs and laptops to connect to the internet using this technology. Nevertheless, the current mainstream LTE technologies eventually won out over WiMAX as the standard of choice for cellular networks.

Because WiMAX seemed to be somewhere between Wi-Fi and cellular, it never really got its big break. Being a “middle-of-the-road” technology, it tried to be both but was overshadowed by these other technologies.

Despite the hurdles mentioned above, WiMAX is extensively used in certain areas and applications. These include:

Wireless Internet Service Providers (WISPs) – WiMAX is a major technology used by WISPs throughout the U.S. As a high-speed, fixed, wireless, point-to-point link technology, it is perfectly suited for what it was originally designed for. In this way it competes directly with technologies such as xDSL, cable, and even fiber, to connect customer premises to the internet. Its comparatively low cost and ease of implementation, especially in rural areas, makes it an ideal choice.

Middle-mile backhaul to fiber networks – Thought of as “middle of the road,” WiMAX is ideal for use as a middle-mile technology; that is, as part of the backhaul of a network for connecting more remote areas to higher-speed fiber networks. As such, WiMAX can be used as a backhaul network for cellular networks, especially in developing nations, but also in rural areas where backhauling can be quite expensive.

LTE Interoperability – The latest WiMAX release, 2.1, also branded as WiMAX 2+, is compatible and interoperable with LTE and can be used by cellular network providers to supplement their networks, especially when delivering fixed wireless over their own infrastructure.

Wireless technologies are often responsible for poor network quality when it comes to implementing time-sensitive applications like video and voice. WiMAX inherently supports network features, including quality of service and multicast, that are necessary to successfully disseminate such services. This means that time-sensitive services can be sent over a WiMAX link without concern that the network capabilities would be unable to support the required performance. Thus, WiMAX can be part of a package service supplying voice, data and other services, such as video on demand, IPTV, and teleconferencing.

WiMAX is currently being supported by the nonprofit WiMAX Forum, which has been formed to promote the adoption of WiMAX-compatible products and services while further developing it as a technological standard. As such, WiMAX is alive and well but is currently living in the shadow of Wi-Fi and modern cellular networks. Even so, it has been able to find its niche market and thrive as it delivers services that are ideal for last-mile, middle-mile, and even time-sensitive network services such as VoIP.