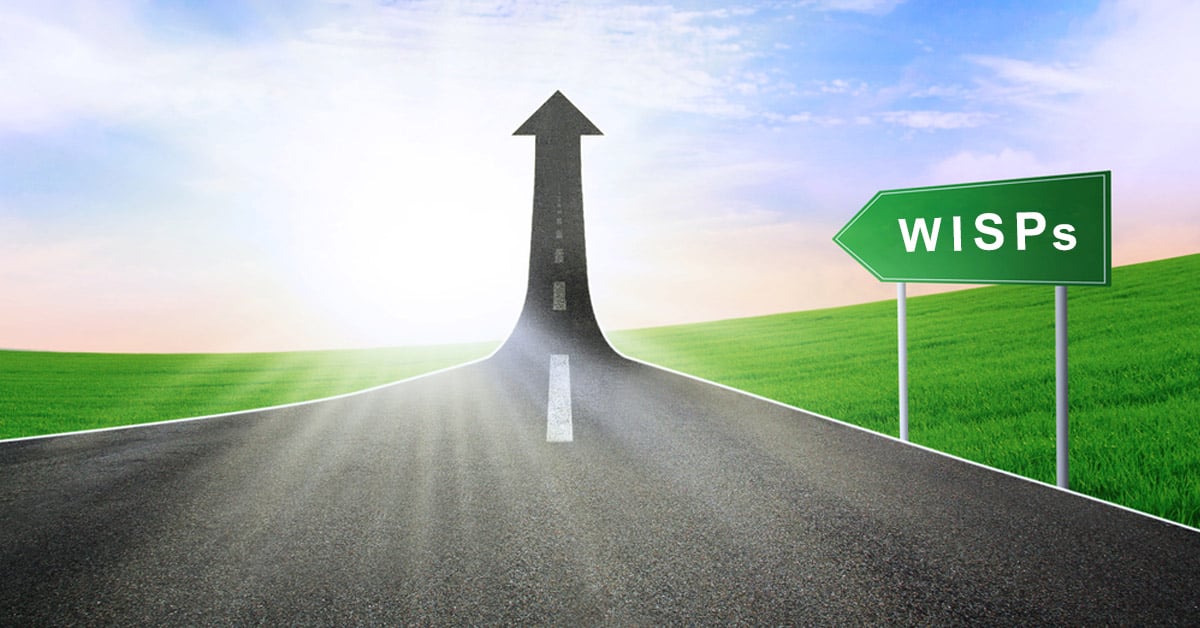 Over the past few weeks we’ve been showcasing the deployment of wireless internet service providers (WISPs) and how they leverage various technologies to add value, flexibility, and reliability to their infrastructures. We examined how technologies such as LTE, MPLS, and cloud services are being employed to supplement WISP offerings.

But the innovation doesn’t stop there. There are a multitude of other technologies, protocols, and innovations that are being incorporated to bring about a new age of the WISP. We describe these in further detail in this article.

Remaining on the cutting edge

WISPAMERICA 2021 took place at Grapevine, Texas and celebrated the current state of WISP technology and innovation. The event, which had almost twice as many attendees as initially expected, focused on state-of-the-art technology, marketing, federal regulatory elements, best practices, and advances in technology including fiber, tower infrastructure, and wireless transport solutions.

In addition, emphasis was placed upon methodologies and best practices for optimizing WISP infrastructure to deliver services like unified communications and various voice services based on VoIP, artificial intelligence, machine learning, and the Internet of Things (IoT). Advances in fiber optics were also discussed, emphasizing the role that WISPs can play in the dissemination of fiber to the home (FTTH) infrastructure as part of their distribution network.

As we’ve been advocating throughout this series of articles about WISPs, delivering internet connectivity is no longer simply about delivering internet connectivity. Supplementary technologies and innovations add value and functionality to the services offered by WISPs, which make them not only more competitive, but vital, especially for rural, remote, and difficult-to-reach areas. Some of the most important innovations discussed at WISPAMERICA are described below.

Software enhancements – Software has played a role of ever-increasing importance as far as network infrastructure goes. Enhancements in signal processing, multiplexing, and transmission algorithms have greatly improved the operation of wireless networks of all types. In one particular case, software algorithms are used to double microwave link capacities without the need for additional hardware, a development that will greatly enhance large portions of WISP backbone networks.

Artificial intelligence (AI) and machine learning (ML) – AI and ML are two concepts that are on the bleeding edge of today’s innovation. Used in many different ways, these concepts can be of great benefit to both WISP subscribers and WISP administrators. In smart applications – such as those for smart cities, smart infrastructure management, smart agriculture, and smart supply chains – AI and ML can revolutionize a variety of processes by collecting, interpreting, and acting upon data that can be accumulated in myriad ways. This can be especially useful in IoT applications, as described below. In addition, AI and ML systems can be employed to provide advanced programmability for a WISP’s radio access network (RAN) for automated network optimization for communication services such as VoIP, essentially enabling network automation and orchestration, eliminating the need for complex network configuration processes.

Internet of Things (IoT) – IoT has been an emerging area for the past decade and has recently reached an extensive penetration into the market. IoT needs to get network connectivity to tens, hundreds, and even thousands of network-aware gadgets, including sensors and other electronic devices. This can be especially difficult in areas where network connectivity is scarce, such as isolated areas and farmland. Many applications, such as digital agriculture and remote transportation system monitoring, need connectivity in such regions, and this is where WISPs are vital.

Fiber to the home (FTTH) – It may sound counterintuitive to speak about a concept such as FTTH, a wired technology, when we’re focusing on wireless ISPs. Even so, FTTH is an excellent way for WISPs to enhance and supplement their infrastructure. WISPs will typically get a return on their investment in wireless infrastructure in about 18 months. However, wireless hardware typically has a lifespan of three to five years, considerably shorter than the up to 30-year lifespan of fiber optic cabling. For this reason, many WISPs have opted to “diversify” their networks by deploying FTTH infrastructure. This not only increases the longevity of the infrastructure itself, but because WISPs typically distribute their service in rural areas, getting right-of-way access to install FTTH is generally easier than in dense urban environments.

Unified communication services – WISPs have been known to be somewhat unforgiving when it comes to delivering VoIP over their networks. Voice, video, and similar services require a steady stream of packets arriving at a consistent rate in order to be effective, and wireless links have traditionally introduced problems, especially during severe weather. However, with the proper configuration and installation in addition to employing industry-standard best practices, these problems can be virtually eliminated. With the addition of in-house VoIP services supplied by WISPs themselves as part of the connectivity package, services delivered by these companies quickly become more and more attractive and competitive compared with more conventional voice services.

Business intelligence (BI) systems – More and more ISPs of all types are incorporating BI services, which comprises the strategies and technologies used by enterprises for the data analysis of business information. BI technologies provide historical, current, and predictive views of business operations and can handle large amounts of structured and sometimes unstructured data to help identify, develop, and otherwise create new strategic business opportunities. By integrating them with the aforementioned technologies and systems, WISPs can become a substantial source of crucial information and data for BI analysis.

WISPs are an ever-growing component of the country’s telecommunications infrastructure, and a vital element in the delivery of network connectivity and services to hard-to-reach areas. In combination with the innovations described here, WISPs allow rural areas to remain competitive as potential locations for businesses to establish their operations. By disseminating these cutting-edge capabilities, even small towns and villages can become the headquarters of some of the most innovative and groundbreaking startups of the future.

How (and why) WISPs can leverage cloud technologies