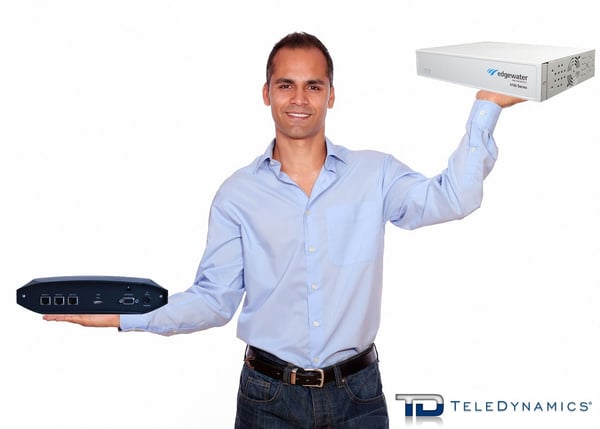 We consider session border controllers (SBCs) to be a best practice in most enterprise contexts because of the improved security, control and overall VoIP system functionality they lend.

So what exactly are SBCs and why do you need one?

Session border controllers were originally developed to address some of the shortcomings of SIP (session initiation protocol) standards, and have since evolved to handle a rather broad range of IP network functions. The primary purpose they were created for was NAT transversal, or allowing media sessions to be established between user agents placed behind network address translators (NATs), since the SIP standards ignore the existence of NATs. SBCs also perform services that improve SIP interoperability, connectivity, security, quality of service, regulatory compliance, and media (data) administration.

SBCs are versatile devices that are used by different operators and enterprises for different objectives. Within an enterprise context, SBCs are commonly referred to as enterprise session border controllers or eSBCs. The most common implementation is that of a back-to-back user agent (B2BUA). A B2BUA sits in between the calling and called parties in a VoIP (voice over Internet protocol) call or media session. On the side facing the user agent client (UAC), it acts as a server, and on the side facing the user agent server (UAS), it acts as a client.

In this position, it is able to regulate and improve the flow of signals and media. Five of the most common functions include:

The other side of the coin

Even with all of its features and benefits, SBCs do have issues of their own. The B2BUA deployment breaks up the peer-to-peer pathway between the caller and callee, lengthening the media pathway and adding latency to the network.

This also means that the SBC, in order to mediate between the two parties, needs to understand all of the received messages. So, new updates to SIP involving call flows, headers and the like may not be able to be deployed without upgrading the SBC.

Thirdly, inserting an SBC in between the endpoints adds complexity to call monitoring and quality assurance and may make troubleshooting more difficult.

In most enterprise contexts, we consider the benefits of improved security, control and overall system functionality that SBCs provide to outweigh any concerns about added network latency or complexity. Without an SBC in place, we advise that you:

All told, SBCs are a net benefit to most IP networks. Click here to see session border controllers available through TeleDynamics.