These facts about VoIP may surprise you 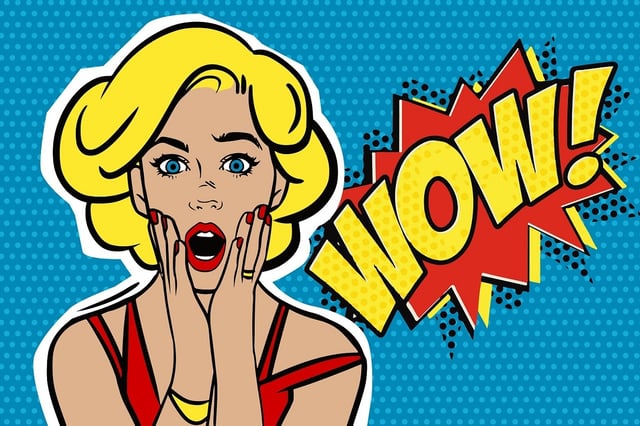 The most recent FCC Voice Telephone Services report, published in November 2016, states that two thirds of businesses in the United States are still using switched access telephone lines (PSTN or POTS). The reasons they haven’t yet migrated to VoIP (voice over internet protocol) are varied. One of the most prevalent myths about VoIP is that the quality is not as good or reliable as that of traditional telephone lines. The truth, however, is that VoIP technology has evolved to a point where the audio quality is generally as good if not better than analog lines.

Here we list some of the technological developments that have allowed VoIP to surpass even PSTN voice quality, some of which may surprise you!

One of the most enduring features of telephony worldwide is the standardization of its quality. We often use the term “telephone-grade” or “toll-grade” to refer to the quality of audio being heard over traditional telephone lines. This has been standardized for almost three quarters of a century starting with analog telephony, and has been inherited by digital telephony technologies such as SS7, ISDN, T1 and E1 circuits.

Over the years, telephony professionals have come to admire the engineering that has provided for the steadfastness and consistency of this voice quality over the PSTN. It doesn’t waver; it’s always there. However, during the early stages of the adoption of Voice over IP (VoIP), this quality began to drop. As is often the case, a certain period of time is necessary for new technologies to mature and reach the quality of those they are replacing. VoIP has reached and even surpassed traditional PSTN technologies in many regards.

Admittedly, it is difficult to transition from a tried and tested technology, especially if you’re under the impression that the new technology is inferior. VoIP did go through some growing pains as it placed voice onto a medium for which it wasn’t originally designed. However, this has quickly changed.

Today’s IP networks - Today's IP networks employ mechanisms to cope with the time-sensitive nature of voice packets and also provide advantages that are not possible with the traditional PSTN:

MOS rating – The excellence of VoIP has also been confirmed using the Mean Opinion Score (MOS) rating for telecom engineering. MOS is a measure, albeit a subjective one, of the quality of experience expressed by a number from 1 to 5 where 1 is considered unintelligible and 5 is considered equivalent to a face-to-face conversation. Traditional toll-grade MOS evaluations are typically around 4.1. Today’s most commonly used VoIP codecs, used in tandem with the QoS mechanisms mentioned earlier, are consistently reaching or surpassing this value.

Wideband audio - One especially tantalizing development in VoIP is the recent use of wideband audio codecs. These codecs, such as g.722 for example, provide improved speech quality through a wider speech bandwidth of 50-7000 Hz rather than the traditional bandwidth of 300-3400 Hz. These codecs offer MOS ratings surpassing 4.5. Many mobile and VoIP telephony providers have been offering wideband service to their customers, providing a user experience far surpassing anything that the switched telephony network can provide.

Although the traditional PSTN has been a standard for decades, it has recently been surpassed by the quality and reliability of today’s VoIP networks. This, coupled with the quickly falling costs of VoIP telephony, is making VoIP the preferred choice when it comes to choosing a business telephone solution.

The future of telecommunications: the next 25 years