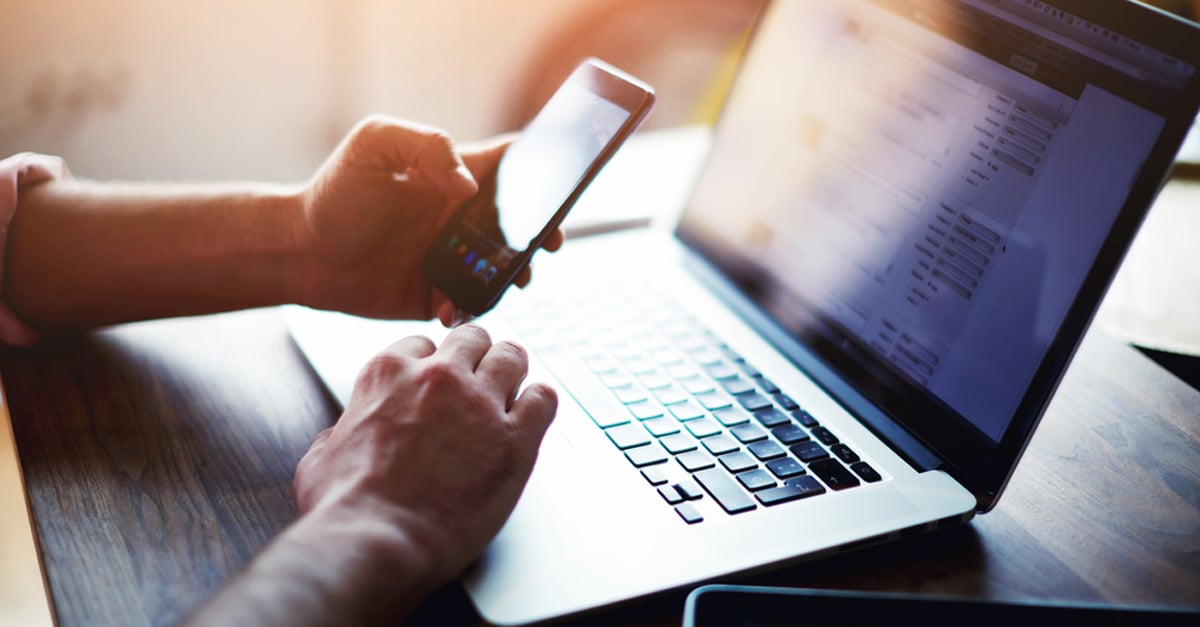 Modern smartphones are essentially mini-computers, which can run software that turns them into IP phones. Often called a softphone, this softphone runs in parallel to, and independently of, the voice services that a cellular provider offers. It leverages the data connection of the smartphone to establish a connection to a VoIP server that is either set up in your enterprise or on the cloud, and obtains a new telephone number that is independent of the phone number provisioned by the cellular provider. This implementation is what is known as an over-the-top (OTT) voice application.

In order to see how this can be beneficial to an enterprise IP PBX implementation, let’s first take a look at the various types of connectivity that a smartphone can have.

The modern smartphone has multiple wireless connections to networks, and each one is used for a different purpose, and in different ways.

The distributed telephone system (where endpoints are distributed geographically and not all on the enterprise premises) takes advantage of the two types of data connections that the smartphone can establish with the internet: cellular data and Wi-Fi. Using these connections, the phone can register its softphone app to an available IP PBX, obtain a number, and become integrated within the numbering plan of the enterprise telephony network.

This naturally means there must be an IP PBX (also referred to as a SIP server or a VoIP server) somewhere on the internet that has been configured for this softphone to register to. This IP PBX must also provision a way for that registered softphone to both reach the PSTN and be reached via the PSTN.

The following diagram illustrates this scenario.

Advantages of a distributed telephone system

The most important notion to appreciate from the above is the fact that smartphones registered to the IP PBX will behave exactly the same as the on-premises physical telephones, no matter where they are in the world, as long as they are connected to a cellular or Wi-Fi data connection. This means that:

Such a scenario allows for communication with the PSTN that is local to the enterprise:

Some additional advantages include:

As with most innovative technologies, some potential problems may arise. However, if dealt with correctly, they can be easily mitigated. These include:

The distributed telephone model is particularly useful for dispersed or mobile workforces. The aspect of smartphones that makes this possible is their almost uninterrupted connectivity to the internet due to the almost ubiquitous nature of cellular data services. This allows for the implementation of a distributed business telephone system, which, in turn, enables more streamlined and simple communication with your staff, personnel, clients, and partners.