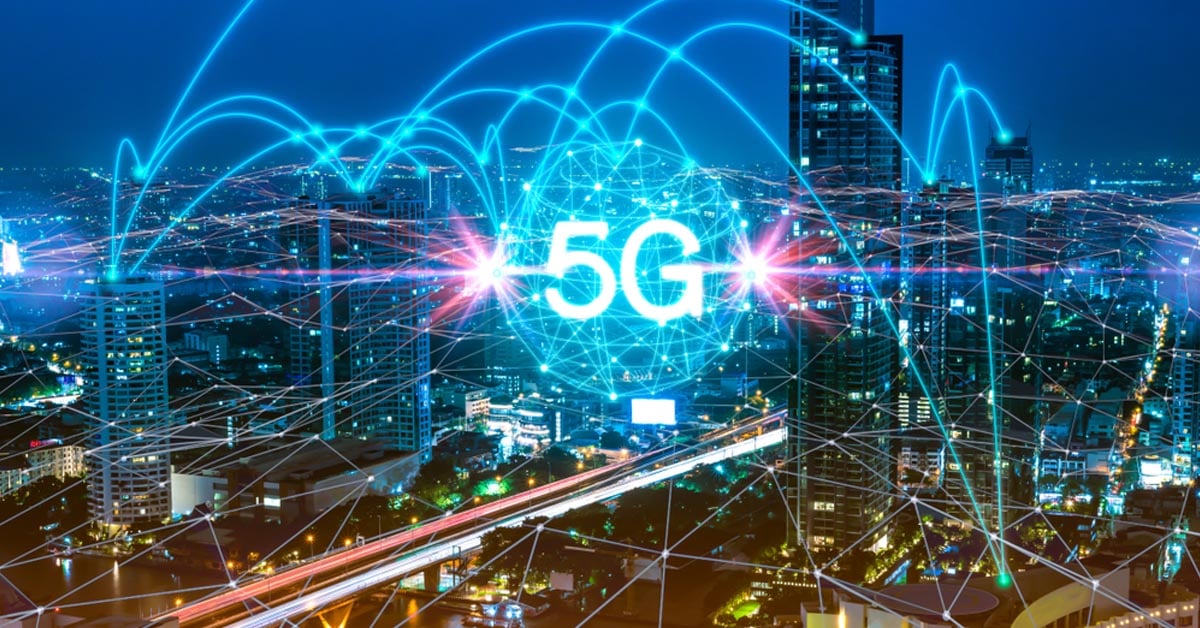 Over the past few years, we’ve been hearing a lot about 5G: the potential it promises, the phenomenal levels of network performance it can achieve, and the multitude of applications and services it will deliver. In this article, we review the basics of 5G and how it is poised to change the mobile communications landscape. We also examine the potential benefits it has to offer to enterprise-scale VoIP communications systems.

As we mentioned in a previous article, 5G is the fifth generation of mobile communications networks and is characterized by an innovative architecture for both the core network and its wireless component. This architecture allows a full-fledged 5G network to deliver unprecedented network capabilities that enable a series of applications that only several years ago would have been considered science fiction.

5G as a set of technologies is defined by the International Telecommunications Union (ITU), a specialized agency of the United Nations that is involved in matters related to information and communications technologies. The ITU has defined the specific thresholds that must be met or exceeded for a mobile communications network to be considered 5G. These include:

Currently, the 3rd Generation Partnership Project, or 3GPP, which is a consortium of international bodies and corporations, is responsible for developing the standards and protocols that will achieve the above thresholds. 5G equipment vendors and telcos in turn develop equipment and network infrastructure that conforms to the 3GPP protocols, resulting in the rollout of 5G networks.

Major components of a 5G network

5G RAN – This is the wireless component of the 5G network, also referred to as the “air interface,” and is composed of the base station equipment, including antennas, transceivers, and electronics. It is responsible for wirelessly connecting the user devices to the network. Conceptually, the 5G RAN is the part of the network that connects the user device, such as your 5G cell phone, to the core network. Technological innovations that have revolutionized the 5G RAN include:

5G core network – This is the component of the 5G network that connects the RAN to the intended destination network, such as the internet or the PSTN. Technologies contributing to the high performance of the 5G core include:

The following diagram describes how the components of the 5G network fit together. 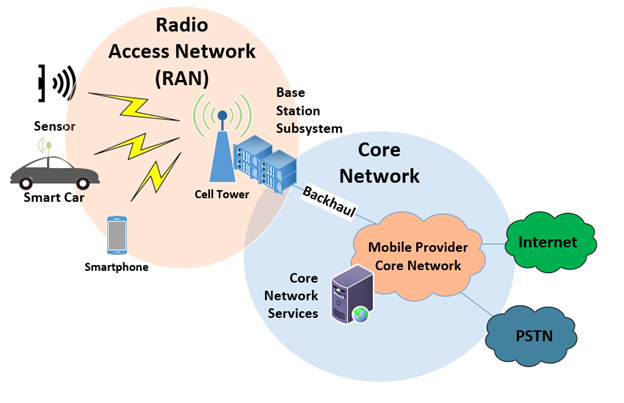 When we last wrote about 5G and its applications for UC almost two years ago, only a very limited number of cities in the U.S. had commercial 5G deployments. Today, the three major wireless providers in the country have already been able to supply 5G connectivity to over 200 million people—that’s over 60% of the population! This represents a phenomenal rate of development.

Innovations of 5G for VoIP services

Beyond extraordinary speeds and device densities, two of the major improvements over previous mobile communications network generations offered by 5G are the built-in and extensive quality of service (QoS) features and incredibly low latency.

These features are of particular interest to VoIP services because they are two of the network characteristics that VoIP requires in order to function faultlessly. 5G networks are expected to be used extensively for both end-device connectivity and as WAN services for enterprise networks. In either case, whether employed using a cloud-based or on-premises VoIP system, any voice services delivered over 5G networks will enjoy the required network thresholds to achieve flawless operation.

Today, we have only seen the tip of the iceberg as far as 5G networks are concerned. Over the coming years, we will see 5G become less about connecting the handset to the network and more about connecting other types of devices.