All about LoRa – from technology to application 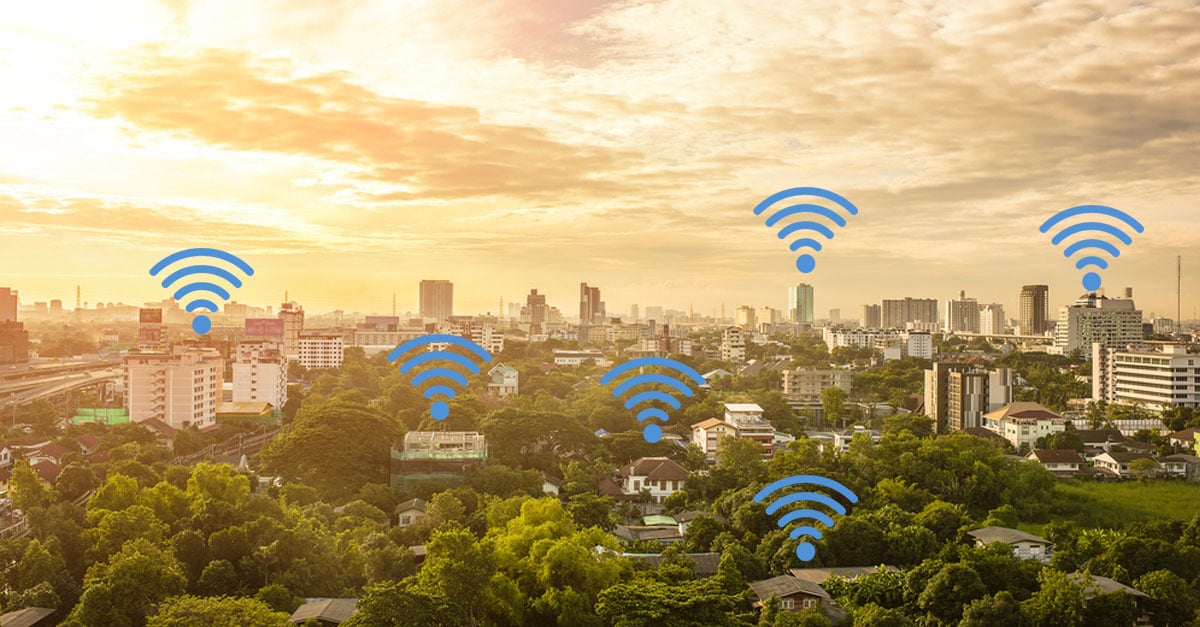 LoRa delivers some extremely attractive functionalities, especially for a specialized set of applications that are currently experiencing an explosion in growth. LoRa, which is short for “long-range,” is a low-power wide-area network modulation technique. In simpler terms, it is a method of transmitting data using wireless signals over long distances while consuming very low power.

In this article, we look at LoRa as a technology and examine how it is becoming an important enabler for some of the most innovative applications of today and tomorrow.

LoRa belongs to a group of technologies that deliver low-power wide-area networks (LPWANs). An LPWAN is a network that provides long-range, low-bitrate wireless communication with extremely low power consumption at exceptionally low costs. As a comparison, some competing technologies include Sigfox, DASH7, and NarrowBand IoT (NB-IoT) developed for cellular networks by the 3GPP.

These higher-layer protocols are contained within a technology known as LoRa Wide-Area Network or LoRaWAN. To avoid confusion, these similar terms are depicted in the following diagram and are put within the framework of the well-known OSI model: 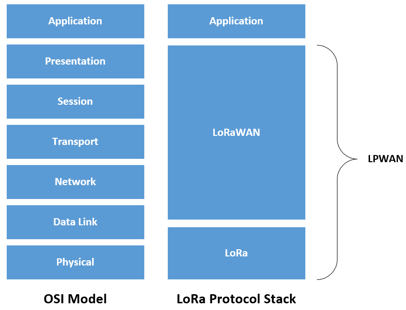 As can be seen from the diagram, LoRa —  and LPWAN technologies in general — do not follow the internet model that is based on IP and related protocols. LoRa uses its own protocol stack, albeit a partially open one, to enable such communication. Its components include:

LoRa – This describes the modulation technique used by LoRa to modulate data onto a wireless carrier wave. This methodology functions primarily on the Physical Layer and is a proprietary technology developed by Cycleo, a company in Grenoble, France, which was later acquired by Semtech.

LoRaWAN – This composes the upper layer protocol stack that leverages the LoRa modulation technique. This is an open architecture protocol stack that manages communication between LoRa gateways (which we’ll get to shortly) and end-node devices. LoRaWAN is maintained and developed by the LoRa Alliance.

LPWAN – LoRa and LoRaWAN together deliver a complete LPWAN solution. 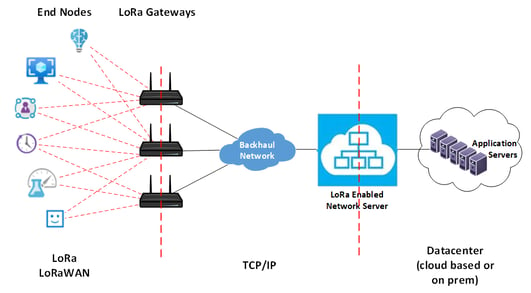 The LoRa and LoRaWAN component is the portion of the network that allows the end nodes to wirelessly connect to specialized devices called LoRa gateways. Each node can connect to multiple gateways to deliver redundancy and greater coverage. Any duplication of packets that may result from this arrangement is resolved in the network server.

The backhaul network is composed of more conventional technologies such as Ethernet, Wi-Fi, 4G/5G cellular, microwave, and others, upon which TCP/IP communication protocols are used.

The backhaul connects the gateways to a LoRa-enabled network server, which manages the entire network. It dynamically manages network parameters to adapt to changing conditions. It is also responsible for establishing secure data transport connections between the end devices and itself, as well as between itself and the application servers on the cloud. End devices register to the network server, which ensures the authenticity of each device on the network and the integrity of every message sent. Note that the network server plays a management role only and does not “see” any of the actual application data.

The application servers are responsible for accumulating, interpreting, and acting upon the collected data. These are highly specific to the particular application of each end device.

Now that you have an overview of the theoretical foundation for what LoRa is and how it works, let’s take a look at what it is capable of.

LoRa and its related technologies are ideally suited to deliver applications that belong to areas such as:

All of these are machine-to-machine (M2M) communication applications that enable automation and increase efficiency, each within the area where they are applied.

LoRa had some initial teething problems which limited scalability and caused interference between different LoRa networks operating within proximity to each other. However, most of these issues have been worked out, delivering a robust, reliable, and effective wireless network. Even so, it will face stiff competition from cellular-based LPWAN technologies, such as those being rolled out with 5G networks.

Our world is becoming all the more interconnected. Connections no longer correspond to specific people, but to objects, things, and entities of all types. LoRa and its related technologies are poised to bring about this interconnectivity in a way that has never been experienced before, resulting in a more connected and more efficient world.

SD-WAN: What it is and why you need it