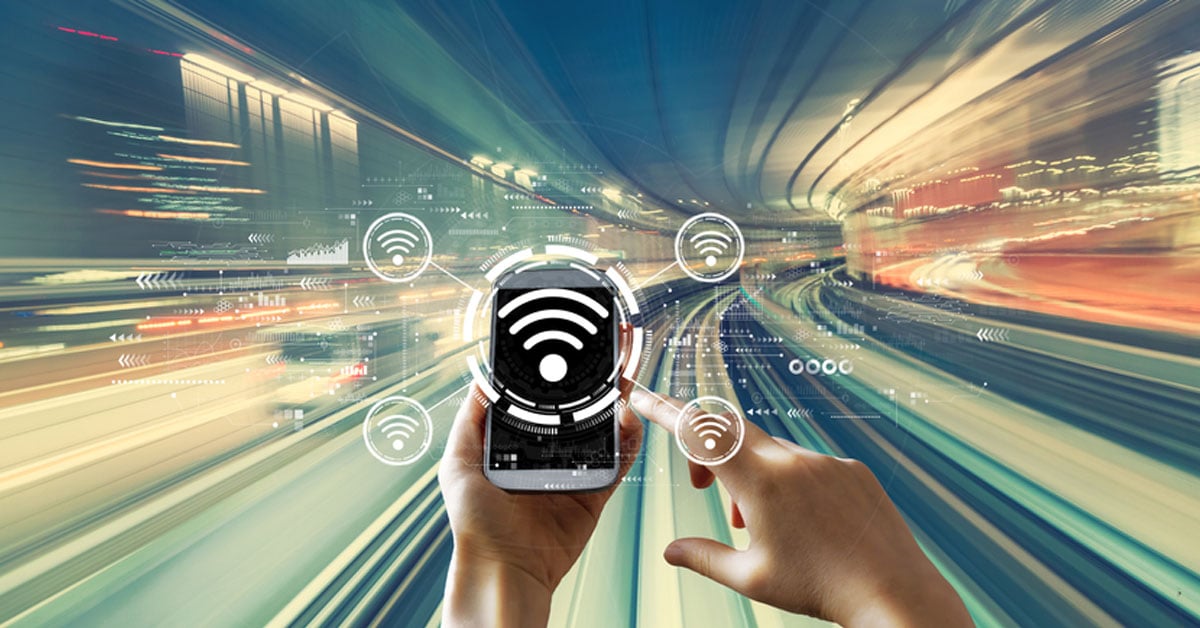 Wireless communication based on the Wi-Fi family of technologies has been around for over two decades. During this time, many innovations have been introduced into this standard, making it an essential part of today's data and voice networks.

In this article, we examine the latest Wi-Fi trends and what we can expect in the near future.

A brief history of Wi-Fi

Wi-Fi was defined in 1997 with the IEEE 802.11 standard, providing up to 2 Mbps link speeds. It was introduced into a networking market that was based almost exclusively on wired Ethernet standards that, at the time, enjoyed speeds of 10 and 100 Mbps. GigabitEthernet was first commercially available over a year later, in late 1998.

Today’s Wi-Fi technologies are a far cry from what was available before the turn of the millennium, with speeds tens of thousands of times those of the first Wi-Fi standard. But it’s not only speed that’s the big deal – there is much more.

What’s so great about Wi-Fi today

In the past, we’ve talked about the fundamentals of Wi-Fi. Wi-Fi is easy to deploy, there’s no licensing, permits, or paperwork that has to be filed to operate it, and it is accessible to businesses of all types and sizes. Today, are several ongoing trends that improve upon the already impressive operation of this technology. These include:

The introduction of new frequencies – Wi-Fi started out with a small number of channels at the 2.4GHz frequency band. As more and more wireless networks were deployed, these unlicensed bands quickly became saturated. The 5GHz frequency band with over 100 available channels was then introduced, helping to alleviate a crowded spectrum. Today, even these channels are becoming increasingly difficult to use. Thus, on April 24, 2020, the FCC adopted the use of the 6GHz frequency band, specifically between 5.925-7.125GHz, for use with the newest iteration of Wi-Fi standards, the 802.11ax, which defines what is known as Wi-Fi 6E. We'll talk more about this shortly.

Interoperation with cellular – You may have recently seen an option on your mobile device where you can choose to enable Wi-Fi calling. This is a feature delivered by the mobile network provider that allows you to make calls over Wi-Fi rather than over their cellular connection. Most cellular telephony providers delivering 4G and 5G networks digitize voice and send it over their networks using VoLTE or 5G voice in the form of voice packets. So, it is only natural that these voice packets can be routed over any Wi-Fi connection and, in turn, over the internet to reach the telco’s voice servers for routing to their intended destination.

But this cooperation between cellular and Wi-Fi is not limited to voice. Mobile devices are becoming increasingly adept at balancing, managing, and even handing off data communication from cellular to Wi-Fi and back without a hitch. This blended connectivity delivers a smoother and “always connected” experience to the end user, especially for time-sensitive applications.

Wireless bridges – Wi-Fi delivers a quick and easy way to interconnect networks in separate buildings via high-speed wireless bridges. With achievable distances exceeding dozens of miles, Wi-Fi’s ever-growing speeds can deliver multi-gigabit links that can carry all kinds of data. Specialized directional antennas can be used to achieve these fixed wireless links, cheaply interconnecting two or more neighboring buildings. We will be going into greater detail about this aspect of Wi-Fi in a future article.

One of Wi-Fi’s most recent development is that of Wi-Fi 6, a revolutionary new standard that officially goes by the name of IEEE 801.11ax. Delivering phenomenal, sustained speeds in denser device environments, it is the current standard for state-of-the-art Wi-Fi deployments. One of the most important developments of this standard is a subset of the implementation known as Wi-Fi 6E. This standard takes advantage of the much wider 6GHz band mentioned above.

Additional benefits of Wi-Fi 6 include:

What’s just over the horizon for Wi-Fi? Well, that probably falls to the 802.11ay standard, which was released in early 2021. It is a standard that has been branded as WiGig, a set of wireless protocols that use the 60GHz frequency band, which is also license free in the United States.

WiGig enables exceptionally high-performance wireless data communication. WiGig tri-band-enabled devices, which are compatible with Wi-Fi operating at 2.4, 5 and 60 GHz bands, deliver data transfer rates exceeding several tens of gigabits per second, while maintaining compatibility with existing Wi-Fi devices. The 60GHz signal cannot typically penetrate walls but can propagate by reflection from walls, ceilings, floors and objects using beamforming built into the WiGig system. When the 60GHz signal is not available, the protocol can automatically switch to make use of lower bands at a much lower rate, both of which can propagate through walls.

802.11ay has transmission rates of 20 to 40 Gbps and a transmission distance of 300–500 meters. Unlike Wi-Fi 6, the WiGig 802.11ay standard is designed to run at much higher frequencies. Although they both boast similar methodologies, 802.11ay can theoretically achieve speeds of over 100 Gbps for a single end-user device by combining multiple wireless channels on the much broader 60GHz band.

While WiGig is not marketed as aggressively as Wi-Fi 6, it is very useful for data-hungry applications that require higher speeds and maintain a line of site between base station and end user.

Wi-Fi 6 and WiGig represent the current cutting edge of wireless network technologies that can be leveraged to deliver unprecedented network performance for enterprises of all types. If the history of Wi-Fi is any indication, we can expect to continue to see improvements in Wi-Fi technology, with speeds exceeding our wildest expectations.

Wi-Fi 6 is here and it's impressive