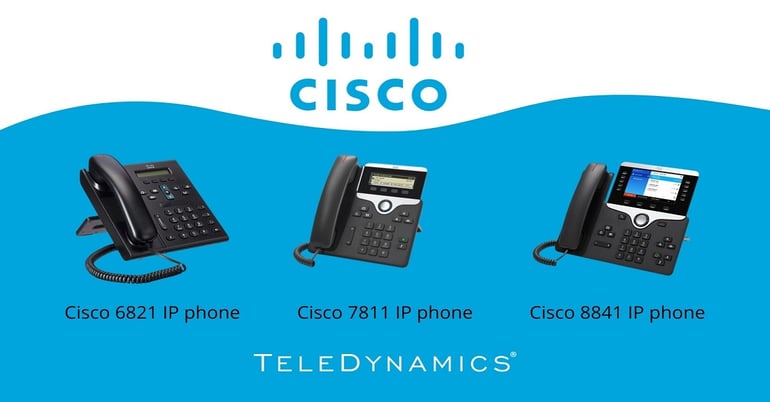 Cisco is a household name when it comes to networking, the internet, and telecommunications in general. With its legendary reliability and virtual ubiquity in the market, the company has consistently delivered equipment and services of the highest quality around the world.

This reputation has followed the company into the voice equipment market, as well. In this article, we’ll take a look at Cisco’s multi-platform IP telephone offerings and examine their benefits for your business.

In the past, we have shed light on Cisco’s pioneering history, as well as its entry into the voice market. We have seen how its reliability is now being made more available to smaller businesses, as its licensing and pricing schemes are becoming more SMB-friendly.

This is also the case with its IP telephony devices. These were originally designed to function exclusively with Cisco’s Unified Communications Manager (CUCM). However, Cisco has made these phones available for use with third-party SIP servers, allowing businesses that have invested in other vendors’ core IP telephony infrastructure to enjoy the use of Cisco’s endpoints on their systems.

An overview of MPP

Cisco sells these devices as Multiplatform Phones (MPP). These are essentially the same as CUCM-compatible phones but have been licensed to function on third-party SIP servers. Cisco has pre-approved specific platforms for use with these phones and guarantees their full interoperability, including Asterisk, Centile, and Metaswitch. Many third-party SIP platforms are based on Asterisk, so Cisco’s MPP phones offer a very broad compatibility matrix.

The MPP devices deliver a specific firmware load that supports this interoperation. While the feature set and user experience provided by this firmware are not identical to what is provided for Cisco on-premises systems, the level of performance is virtually identical.

6800 series – This is an entry-level series with three phone models. Each has a clear black and white LCD display, with either two or four SIP registrations.

7800 series – This series goes a step further by delivering four phones with a sleeker design, a larger and higher resolution black and white screen that is backlit in some models, and a larger number of SIP registrations.

The devices in all three series support:

The three phone models delivered in the 6800 series are shown in the image below from left to right:

The line buttons on each model are fully programmable. You can set up line buttons to support either SIP registrations or call features, such as speed dialing. You can also boost productivity by handling multiple calls for each SIP registration, using the multiple-calls-per-line appearance feature. Tricolor LEDs on the line buttons support the calling features and make the phone simple to use.

The four phone models delivered in the 7800 series and are shown in the image below from left to right:

Similar to the 6800 series, the line keys on each model are fully programmable, and you can set them up to support either lines or call features. You can handle multiple calls for each directory number, as well. Fixed function keys work much the same way as the 6800 series.

The 8800 series comprises six desk phones and one conference phone. All desk phones support ten lines, four programmable softkeys, and PoE. In addition, each phone model in the series has various features, the most prominent of which are listed below:

Combined, these three series of Cisco phones offer fourteen endpoints ranging from the simplest entry-level device to the most sophisticated high-call-volume telephone. Additionally, many of them support expansion modules, USB ports, Bluetooth, and Wi-Fi connectivity, delivering even more flexibility. This range of phones represents one of the most flexible, feature-rich, and configurable set of devices available on the market, and all are compatible with a wide range of third-party SIP servers.

It is not uncommon to see Cisco telephony devices that have been in continuous operation for well over a decade. Much like their networking equipment, Cisco telephones live up to the reputation that the company has established over the years. This reputation has not only created loyal customers but has also given the company the opportunity to obtain new customers, especially as the company is focusing more on SMBs. We believe that Cisco’s MPP offerings are definitely worth exploring.