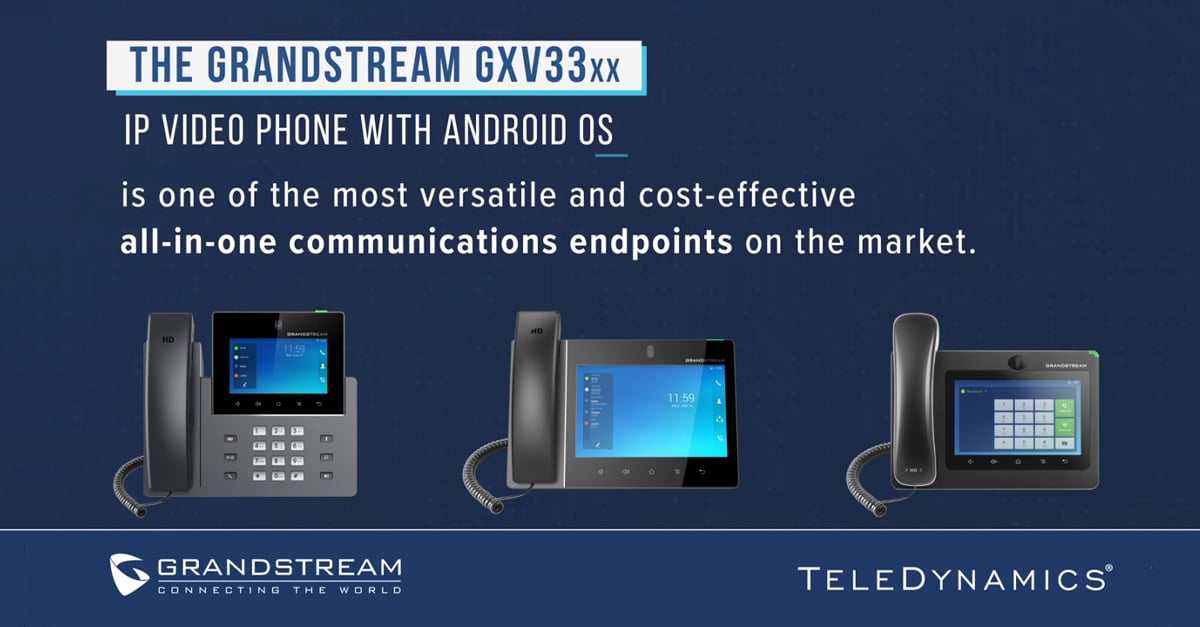 As worldwide travel faces new challenges, businesses have had to depend less on physical presence to get their job done. Grandstream’s video telephony solutions are a great solution for the modern workplace.

Grandstream has introduced its ultramodern GXV33xx series of advanced IP video phones. The term “IP Video Phones” doesn’t do them justice, however, because they deliver much more than video telephony – they are robust productivity centers. They combine large touch screens and the intelligence of the Android operating system to maximize the user experience. In this article, we review the GXV3380, GXV3370 and GXV3350 models.

One can immediately see the allure of the flagship GXV3380 model with its large, full-HD color touch screen, without the hindrances of mechanical buttons. This device looks more like tablet computer than a desk phone, which makes sense because it is based on the Android 7.0 operating system, used extensively in smartphones and tablets. 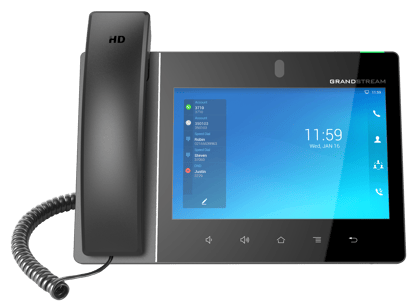 Among its other assets, the GXV3380 offers a full-HD camera with privacy wheel, Bluetooth connectivity for synching with your mobile phone and for use with a Bluetooth headset, two Gigabit Ethernet ports for high-speed connectivity of a PC workstation, and an HDMI port to connect a larger external monitor for more comfortable viewing.

Not only does this phone look like a tablet, but it has the functionality of an Android tablet, with the ability to download and install virtually all of the available apps in the Google Play Store that are supported by Android 7.0. 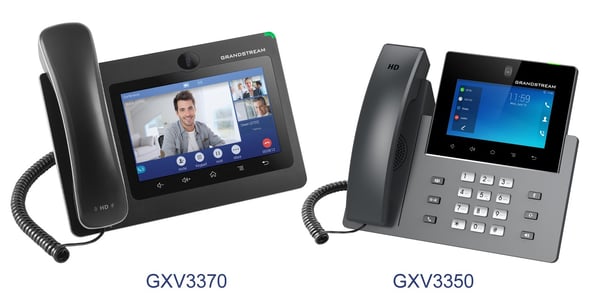 While the GXV3370 and GXV3350 and have lower price points, they are both high-end, smart IP phones. They share a feature set similar to their big brother's with some minor differences. They have smaller touch screens, lower-resolution cameras, and less flash memory. The GXV3370 retains a tablet-like feel, while the GXV3350 sports a mechanical keypad and resembles a more conventional desk phone.

Some key features of all three models include:

See the specs for all three models side by side

This is the best way to quickly see the similarities and differences between the three models. Get the document in pdf format here.

The GXV33xx series of phones is compatible with virtually all major SIP platforms on the market and can also be seamlessly integrated with Grandstream’s portfolio including SIP-based security cameras, door systems, IP PBXs and video conferencing systems and services. This series of phones is the perfect choice for those searching for an advanced video telephony solution that can be easily deployed and integrated with existing video systems.

More than just IP video phones, Grandstream’s ultramodern GXV3300 series of desk phones are all-in-one communications and productivity centers. They are a perfect choice for the modern workplace, which is having to rely less on the physical presence of their associates.