How to optimize your Wi-Fi network for VoIP 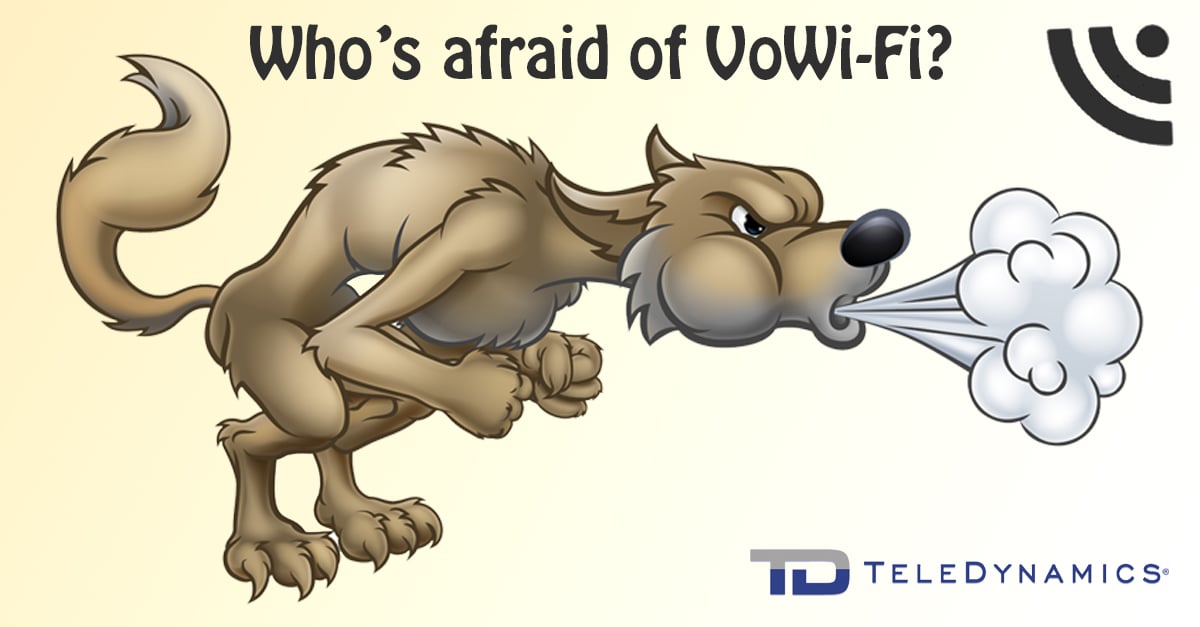 Many administrators resist implementing VoIP over Wi-Fi, often citing security and quality concerns. The truth is that if implemented correctly, voice can be safely and reliably deployed on a wireless network. This article examines some best practices for optimizing voice over Wi-Fi (VoWi-Fi).

Wi-Fi has some characteristics that can potentially be problematic for the implementation of VoIP. The two most cited issues are described in detail below.

Security – Signals from wireless telephones and access points are propagated in all directions and can be intercepted by any wireless transceiver within range. Security risks like this and the techniques used to mitigate them have been described in detail in a previous article. VoIP is subject to the same vulnerabilities as all other traffic on wireless networks. However, the privacy expected over a telephone conversation is given an almost sacred status, so telephony is looked upon as something whose confidentiality must be protected at all costs. It is often this perception that gives administrators the most pause when it comes to implementing VoWi-Fi.

Quality –Voice quality is dependent on the timely and consistent transmission of voice packets. Data networks are naturally bursty in the way they transmit data, but Wi-Fi networks introduce an additional complication related to the quality of the connection itself. This depends upon the distance between the phone and the closest access point, as well as upon the radio frequency interference that may be present at any time. Many of these factors depend upon how the Wi-Fi network has been designed.

The following are some best practices for mitigating these two sources of anxiety for network engineers.

Network coverage – One of the reasons why voice quality may suffer is that the IP phone in use may be at the edge of the nearest wireless access point’s range. This results in packet errors and frequent retransmissions, which in turn increases packet loss and jitter, two of VoIP’s worst enemies. When connectivity is difficult, the wireless connection may revert back to a slower Wi-Fi standard, resulting in even more network congestion. When designing the network, make sure that all the expected areas where IP phones will be used have sufficient signal coverage. It is not unusual to overprovision to a certain extent in order to ensure good coverage. Phone users are psychologically much more sensitive to intermittent connectivity than data users, and reasonable overprovisioning is a viable solution.

Wi-Fi network security – Security for wireless networks has been more thoroughly covered in a previous article, but it can never be overstated how important it is for Wi-Fi. These security principles should be applied to the fullest in order to ensure that IP telephony running over wireless networks enjoys the highest level of confidentiality possible.

Enable roaming – One of the major benefits of voice over a Wi-Fi network is the freedom of movement that it offers. Nevertheless, this freedom requires one access point to be able to hand off a wireless telephone to another access point as it crosses coverage areas. All of this must occur without disrupting the conversation. In most cases, this is only possible with the implementation of a wireless controller, a device that orchestrates the configuration and operation of a wireless network. Seamless roaming can be easily enabled in most wireless controllers, and the controller is then responsible for configuring neighboring access points appropriately to allow for this.

Quality of service – When deploying voice or video over any network, wireless or not, QoS mechanisms must be employed. This is all the more important when applied to a wireless network. Interference, congestion, sharing the frequency with other users, and poor signal quality are all phenomena that will occur at one time or another on a Wi-Fi network, no matter how well designed. This can result in packet loss, packet delay, or jitter, all of which can be devastating to voice. QoS mechanisms at both Layer 2 and Layer 3 should be deployed fully on the wireless network. There should be a separate SSID that is used exclusively for voice, and this should also correspond to the voice VLAN implemented on the wired network. Class of Service (CoS) markings and Differentiated Service Code Point (DSCP) values must be employed so that frames and packets are treated appropriately. The QoS mechanisms configured on the wireless network should also be normalized with those applied to the wired infrastructure to which it connects.

Use high-quality access points – Wireless access points have a lot to do. They must sort out and process the multitude of signals received by their antennas, encapsulate and decapsulate packets, encrypt and decrypt frames, employ and respond to QoS requirements, apply configured security measures, and much, much more. In order to achieve many of these features, the overhead required compared with a wired connection is phenomenal. Just to get an idea of the complexity involved, below you will find the information contained within each frame or packet that is sent over a wired Ethernet network, compared with that sent over a wireless network. 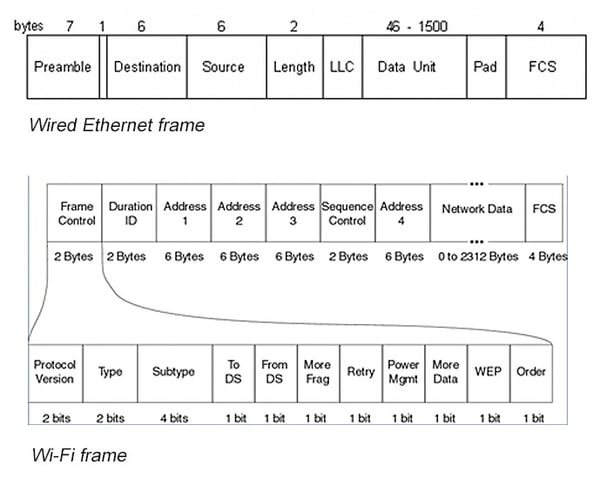 What is displayed above is control information that is included with each and every frame of data (including voice) that is sent over the network. Even if you don’t understand the details, it is quite clear that the wireless frame requires much more overhead. Where a wired Ethernet frame needs only six pieces of information, a Wi-Fi frame requires 18.

As you can see, a wireless access point truly has a lot to do! All of this information must be processed for each frame that is sent or received, and this has to happen in addition to all of the other tasks mentioned before. This can quickly overwhelm an access point if it doesn’t have sufficient resources such as CPU power and memory. A vendor may indicate that their equipment supports specific features, but they are often reluctant to indicate how many concurrent users they can support, and how many concurrent features can be applied. No matter how many QoS mechanisms you apply, if the access point can’t keep up, your voice quality is going to suffer.

Many vendors offer Wi-Fi-enabled telephones preconfigured with the appropriate QoS features already enabled. Both cordless and desktop phones are offered from multiple vendors that connect directly to the existing Wi-Fi network. This provides portability and alleviates the dependency on an existing structured cabling infrastructure. Even so, the wireless network itself must also support the QoS features in order to take advantage of them. One option is to configure the network to accommodate these features. However, VoIP vendors have been smart enough to relieve you of such configurations by providing preconfigured wireless access points that seamlessly accommodate their wireless telephones and successfully implement QoS. Throw in a SIP server from the same vendor and you have ensured end-to-end quality for your voice services with very little effort.

When speaking about voice over Wi-Fi, it would be inappropriate not to mention the other prevalent wireless telephony technology widely available: DECT. In comparing Wi-Fi vs. DECT, there are pros and cons for the use of each. Seeing as we’re talking about Wi-Fi, what we can mention here is the fact that by choosing to use DECT, you are required to maintain two disparate and mutually incompatible networks. This is not necessarily an issue since the frequencies used do not conflict, but this may in some cases increase the level of complexity and administration involved. It is important to be aware of this when choosing the appropriate infrastructure.

Traditionally, network administrators have considered Wi-Fi as a problematic medium for use with VoIP, citing security and quality as the biggest hurdles. The reality is, with the appropriate implementations of security and QoS parameters along with the proper deployment and design, Wi-Fi can be a safe and reliable medium for transmitting voice.