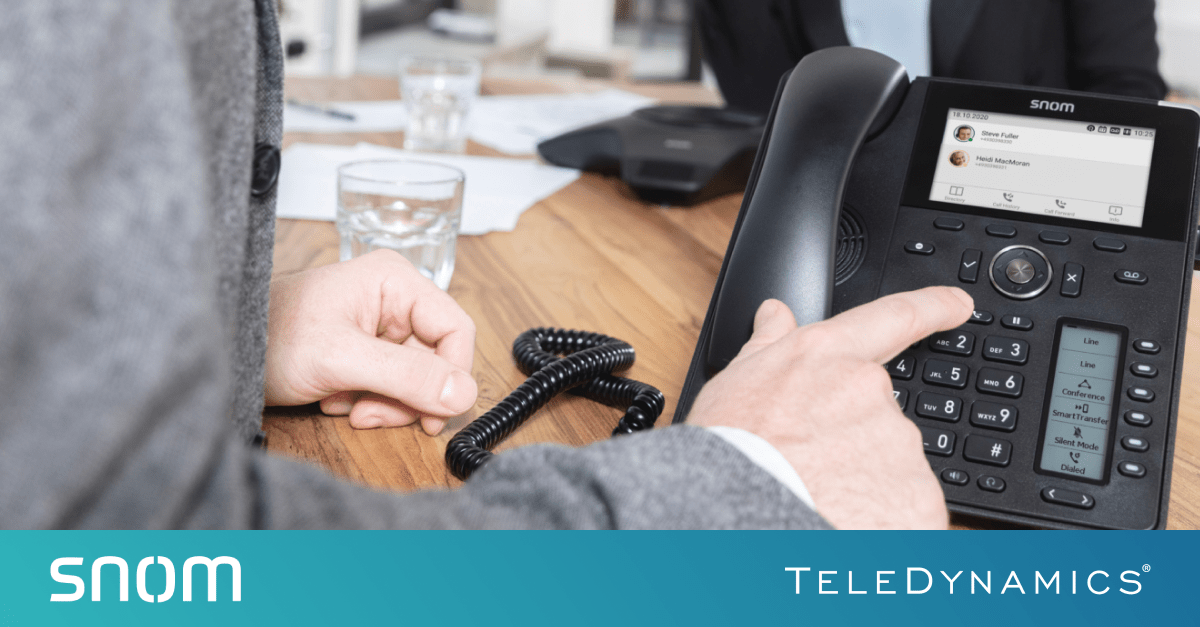 Snom's D7XX series of IP phones deliver an excellent balance of rich features and exceptional economy. The D7XX series is a befitting choice for large deployments with many endpoints and budget-sensitive small to medium-sized businesses.

In this article, we showcase some of the most popular models in the series, allowing you to determine which sets are ideal for your business.

Often the most significant cost contributor to the installation of a business telephone system is the large number of telephony endpoints that need to be installed, rather than the overall infrastructure. As such, it’s essential to strike a balance between device capability and cost.

Snom’s D7XX series of IP phones allows you to achieve a rich telephony feature set while maintaining costs at a manageable level.

The D7XX series of IP phones is Snom’s international bestseller. Their ergonomic design and popular “standing” orientation make them an attractive choice for many organizations. The entire series features high-resolution displays and customizable, self-labeling function keys.

These phones provide a Gigabit Ethernet switch port to connect a workstation and Power over Ethernet to eliminate the need for a separate power supply. All phones support exceptional HD-quality audio, replacing that typical tinny telephone voice with FM-radio-quality sound.

For remote workers, the device can become an OpenVPN endpoint, ensuring that all communication is encrypted over the internet to safeguard conversation confidentiality.

Snom’s D7XX series phones deliver a wide range of capabilities, allowing you to choose the model that provides the feature set you need. These phones range from respectable entry-level devices to top-of-the-line phones with a large screen and a second display for digitally labeling additional function keys.

In addition to flexible feature-rich phones, Snom also delivers two novel expansion modules that extend the functionality of almost all D7XX phones. Compatible with all the models with USB ports (i.e., the D717 and D735), the Snom D7 and D7C expansion modules add many keys and functions to this already well-designed series of devices.

The D7C goes even further, delivering a large 6.8” color screen with three digital pages of 16 programmable buttons for a total of 48 functional keys. Like the D7, it is plug-and-play and can also be daisy-chained with up to three modules for 144 additional configurable keys.

Some of the key features of these particular Snom D7XX phones include the following:

The D7XX series of IP phones is a phenomenally flexible set of devices that deliver a lot of bang for your buck. Rarely will you find such quality and features in such an economical package. They are undoubtedly worth evaluating for your business’ telecommunications needs.

Break free from cords with the Snom C620 conference phone