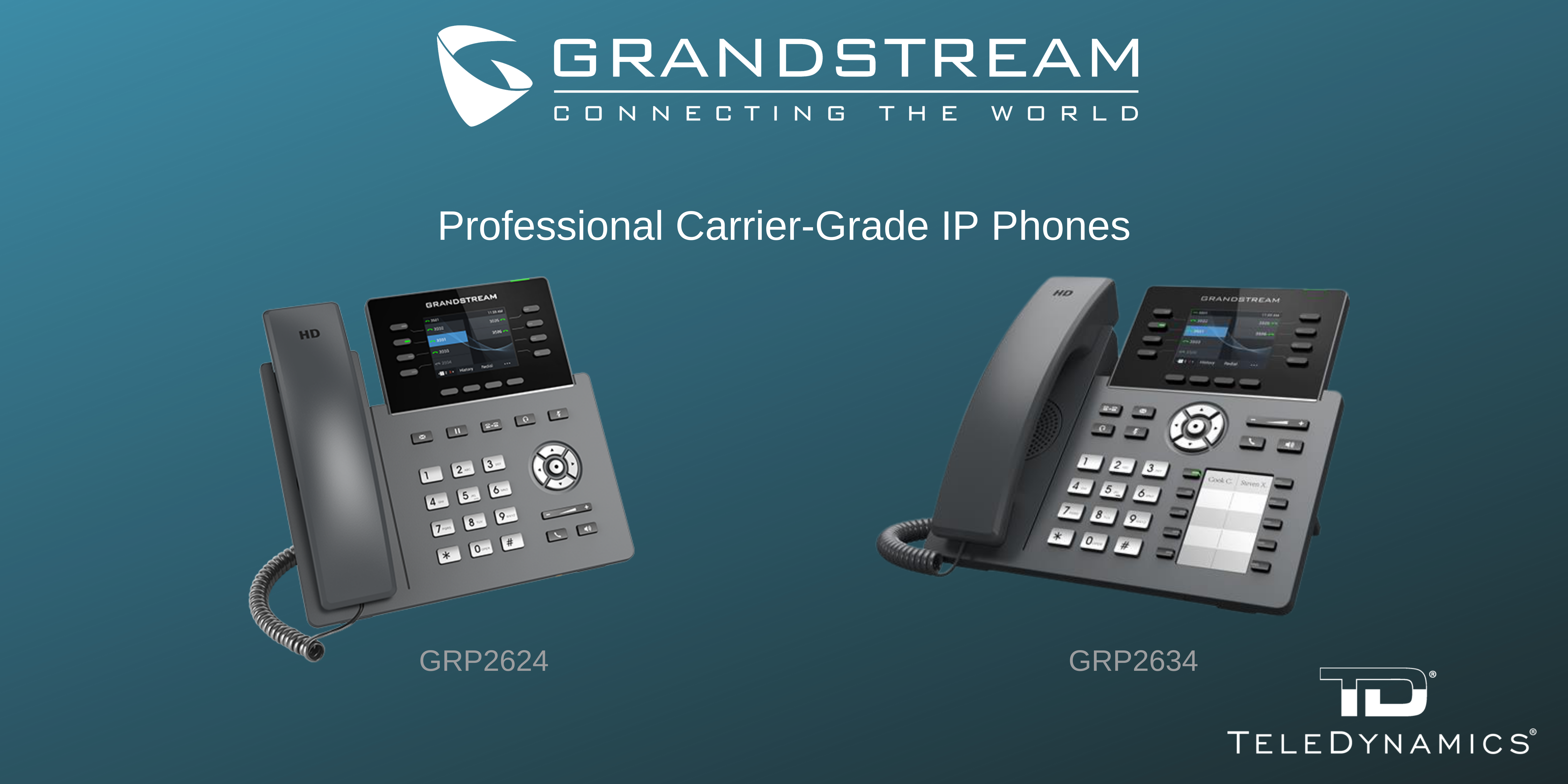 Some of the most important roles within a company require employees to spend a lot of time communicating via telephone. Clear and comfortable communication is vital, and this can only be achieved with the right set of tools, equipment, and services.

Grandstream’s GRP series of carrier-grade IP phones are ideal for employees with high call-volume roles. In this article, we review the two newest additions to the series.

The word “carrier” in a telecommunications context has traditionally referred to telephone companies that “carry” services and deliver them to end users regionally or nationwide. It is a term that has gradually fallen out of use due to the preferred term “service provider,” which tends to include services such as internet connectivity and television, in addition to telephony.

“Carrier grade,” however, is a term that has remained in use, describing something as higher in quality, more robust, and more feature-rich than other more common “consumer grade” or “commercial grade” devices or equipment. Thus, it is the perfect term to accurately describe the GRP series of Grandstream IP phones.

In a previous article, we examined the series and looked at the advantages and features of each IP phone. Grandstream has now added two more IP phones to this lineup, which we review below.

Grandstream has added the GRP2624 and the GRP2634 phones to its carrier-grade series. They take their place beside the robust GRP2616, delivering a more diverse and complementary set of features. Both new phones offer support for many of the most advanced network and security protocols, including SIP, STUN, 802.1x, TLS, SRTP, IPv6, as well as Layer 2 and Layer 3 QoS protocols, to name a few. Both sport a 2.8-inch 320x240 pixel color LCD display and enable Gigabit Ethernet speeds to connected workstations. Bluetooth and Wi-Fi are integrated into the devices, as is support for a multitude of popular and advanced telephony features.

Where these two devices differ is in features that assist users in especially high call-volume scenarios. Whereas the GRP2624 has four XML programmable context-sensitive soft keys, the GRP2634 has ten built-in multi-purpose keys (MPKs) that can be programmed as speed dials or provide other functions.  That said, you can also add more speed dial keys to the GRP2624 by connecting up to four GBX20 expansion modules, which include 40 contact speed dials per module for up to 160 contacts.

The most important features shared by both phones include:

As mentioned before, the feature set of these phones is more complementary to the series rather than excelling beyond the existing phones. For example, the GRP2616 supports six SIP accounts, has a larger 4.3-inch screen, but only has six line keys and doesn’t support expansion modules.

In this sense, the GRP2634 is ideal for high call-volume employees whose job isn’t expected to require a future increase in features, as this phone already has built-in contact keys. However, for a position that is expected to grow in telephony traffic, the GRP2624 may be more suitable since it is expandable using one or more GBX20 modules.

Grandstream has always been known to manufacture products with enough flexibility to fulfill the full range of corporate telecommunications needs. The addition of the GRP2624 and GRP2634 to the carrier-grade IP phone lineup reinforces this robust offering.